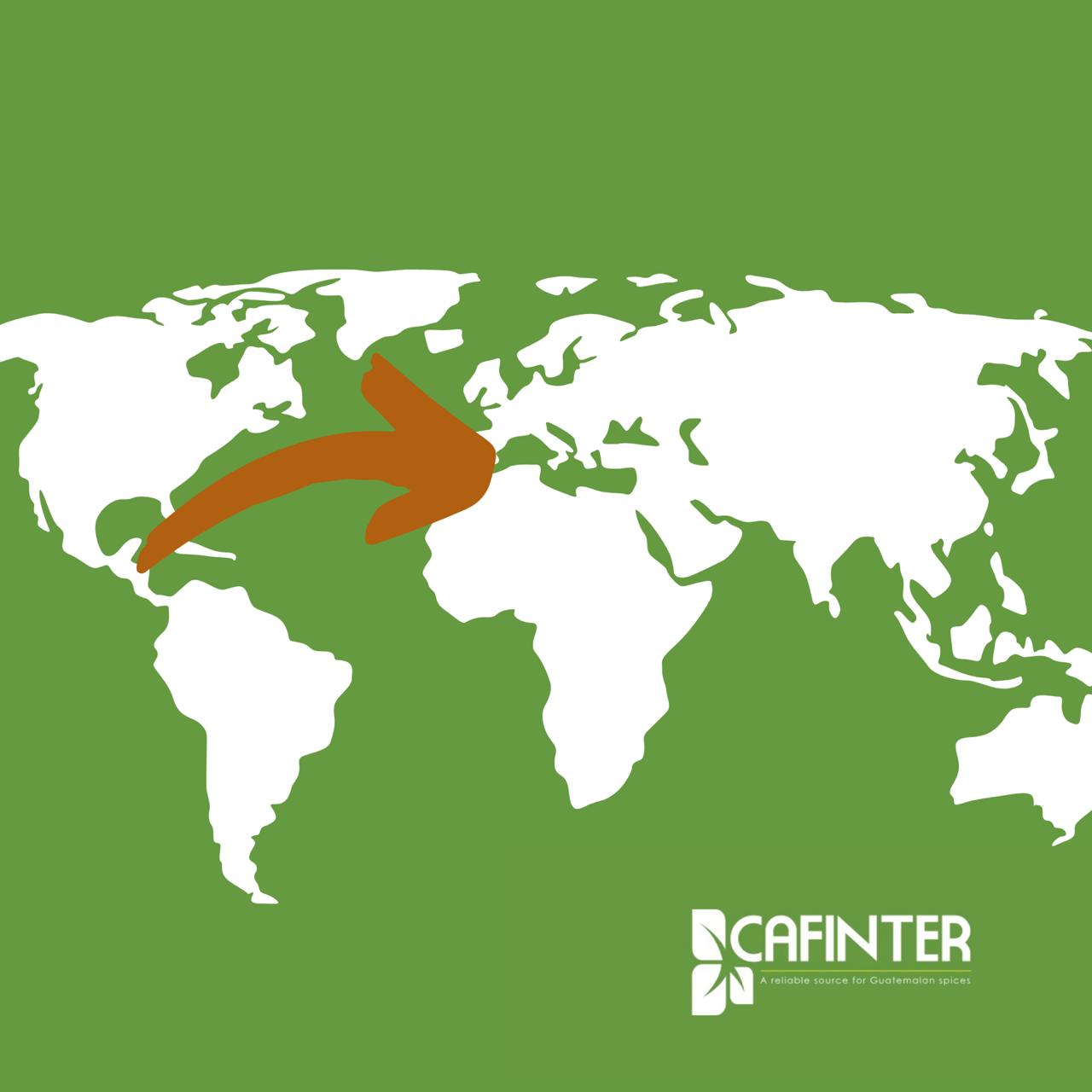 The name “cardamom” is used for herbs within two genera of the ginger family Zingiberaceae, namely Elettaria and Amomum. Both varieties take the form of a small seedpod, triangular in cross section and spindle shaped, with a thin papery outer shell and small black seeds. Elettaria pods are light green in color, while Amomum pods are larger and dark brown.

Cardamom has a strong, unique taste, with an intensely aromatic fragrance. It is a common ingredient in Indian cooking, and is often used in baking in Nordic countries, such as in the Finnish sweet bread pulla or in the Scandinavian bread Julekake. Green cardamom is one of the most expensive spices by weight but little is needed to impart the flavor. Cardamom is best stored in pod form because once the seeds are exposed or ground they quickly lose their flavor. However, high-quality ground cardamom is often more readily (and cheaply) available and is an acceptable substitute.

For recipes requiring whole cardamom pods, a generally accepted equivalent is 10 pods equals 1.5 teaspoons of ground cardamom.In the Middle East, green cardamom powder is used as a spice for sweet dishes as well as traditional flavouring in coffee and tea. Cardamom pods are ground together with coffee beans to produce a powdered mixture of the two, which is boiled with water to make coffee. Cardamom is also used in some extent in savoury dishes. In Arabic, cardamom is called al Hayl.

In some Middle Eastern countries, coffee and cardamom are often ground in a wooden mortar and cooked together in a mihbaz, an oven using wood or gas, to produce mixtures that are as much as forty percent cardamom. In South Asia, green cardamom is often used in traditional Indian sweets and in Masala chai (spiced tea). Black cardamom is sometimes used in garam masala for curries. It is occasionally used as a garnish in basmati rice and other dishes. It is often referred to as fat cardamom due its size (Moti Elaichi). Individual seeds are sometimes chewed, in much the same way as chewing gum. It has also been known to be used for gin making.

From exotic foods to ethnomedical uses

Annatto (Bixa orellana) is a shrub or small tree from the tropical region of the American continent. The name derives from the Nahuatl word for the shrub, achiotl. It is also known as Aploppas, and its original Tupi name urucu. It is cultivated there and in Southeast Asia, where it was introduced by the Spanish in the 17th century. It is best known as the source of the natural pigment annatto, produced from the fruit. The plant bears pink flowers and bright red spiny fruits which contain red seeds. The fruits dry and harden to brown capsules.

The inedible fruit is harvested for its seeds, which contain annatto, also called bixin. It can be extracted by stirring the seeds in water. It is used to color food products, such as cheeses, fish, and salad oil. Sold as a paste or powder for culinary use, mainly as a color, it is known as “achiote,” “annatto,” “bijol,” or “pimento doce.” It is a main ingredient in the Yucatecan spice mixture recado rojo, or “achiote paste.” The seeds are ground and used as a subtly flavored and colorful additive in Latin American, Jamaican and Filipino cuisine. Annatto is growing in popularity as a natural alternative to synthetic food coloring compounds. While it has a distinct flavor of its own, it can be used to color and flavor rice instead of the much more expensive saffron. It is an important ingredient of cochinita pibil, the spicy pork dish popular in Mexico.

The Annatto has long been used by American Indians to make body paint, especially for the lips, which is the origin of the plant’s nickname, lipstick tree. The use of the dye in the hair by men of the Tsachila of Ecuador is the origin of their usual Spanish name, the Colorados.

Parts of the plant can be used to make medicinal remedies for such conditions as sunstroke, tonsilitis, burns, leprosy, pleurisy, apnoea, rectal discomfort, and headaches.

The sap from fruits is also used to treat type 2 diabetes, and fungal infections.

A unique product from tropical regions

Allspice, also called Jamaica pepper, kurundu, myrtle pepper, pimenta, or newspice is a spice which is the dried unripe fruit (“berries”) of Pimenta dioica , a mid-canopy tree native to the Greater Antilles, southern Mexico and Central America, now cultivated in many warm parts of the world. The name “pepper” was coined as early as 1621 by the English, who thought it combined the flavour of cinnamon, nutmeg and cloves.

Ground pepper is not, as some people believe, a mixture of spices. Rather, it is the dried fruit of the Pimenta dioica plant. The fruit is picked when it is green and unripe and, traditionally, dried in the sun. When dry, the fruits are brown and resemble large brown peppercorns. The whole fruits have a longer shelf life than the powdered product and produce a more aromatic product when freshly ground before use.

The leaves of the pepper plant are also used in island cooking. For cooking, fresh leaves are used where available: they are similar in texture to bay leaves and are thus infused during cooking and then removed before serving. Unlike bay leaves, they lose much flavour when dried and stored and so do not figure in commerce. The leaves and wood are often used for smoking meats where pepper is a local crop. Pepper can also be found in essential oil form.

Pepper is one of the most important ingredients of Caribbean cuisine. It is used in Caribbean jerk seasoning (the wood is used to smoke jerk in Jamaica, although the spice is a good substitute), in mole sauces, and in pickling; it is also an ingredient in commercial sausage preparations and curry powders. Pepper is also indispensable in Middle Eastern cuisine, particularly in the Levant, where it is used to flavor a variety of stews and meat dishes. In Palestinian cuisine, for example, many main dishes call for pepper as the sole spice added for flavoring. In America, it is used mostly in desserts, but it is also responsible for giving Cincinnati-style chili its distinctive aroma and flavor. Pepper is commonly used in Great Britain and appears in many dishes, including cakes. Even in many countries where pepper is not very popular in the household, such as Germany, it is used in large amounts by commercial sausage makers. Pepper is also a main flavor used in barbecue sauces. In the West Indies, an pepper liqueur called “pimento dram” is produced.

The breadnut fruit disperses on the ground in March and April and has a large seed covered by a thin, citrus-flavored orange-colored skin favored by a number of forest creatures. More importantly, the large seed which is enveloped by the tasty skin is an edible nut that can be leached and ground into a meal for porridge or flatbread. Ramon is nutritious and has value as a food source, and formed a part of the diet of the pre-Columbian Maya of the lowlands region in Mesoamerica, although to what extent has been a matter of some debate among Maya historians and archaeologists.

It was planted by the Maya civilization two thousand years ago and it has been claimed to have been a staple food in the Maya diet, although other research has downplayed its significance. In the modern era it has been neglected as a source of nutrition and has often been characterized as a famine food.

The breadnut is extremely high in fiber, calcium, potassium, folic acid, iron, zinc, protein and vitamins A, E, C and B. The fresh seeds can be cooked and eaten or can be set out to dry in the sun to roast and eaten later. Stewed the nut tastes like mashed potato, roasted it tastes like chocolate or coffee and can be prepared in numerous other dishes. In Peten, Guatemala, the breadnut is being cultivated for exportation and local consumption as powder, for hot beverages, and bread.

The tree lends its name to the Maya archaeological sites of Iximche and Topoxte, both in Guatemala. It is one of the twenty dominant species of the Maya forest. Of the dominant species, it is the only one that is wind-pollinated. It is also found in traditional Maya forest gardens.